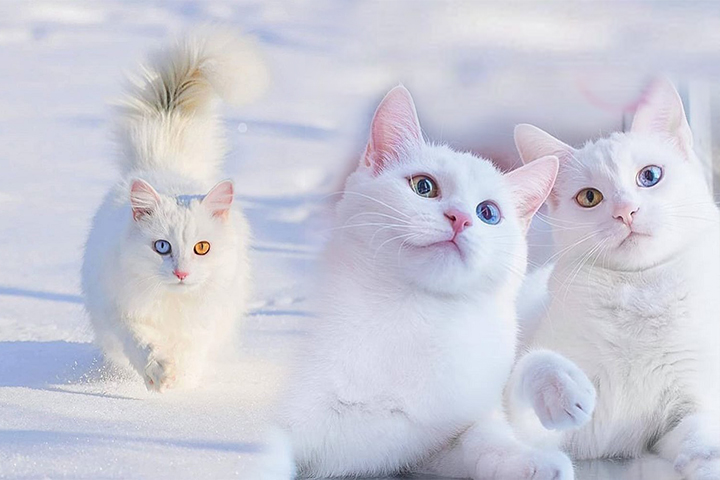 The characteristics of Van cats are very nice. They are loving and breed of cats. They love human beings. Although it is very uncommon among cats, this breed loves to be in water. They are also good hunters. For humans, they are good and playful friends, but they hate being cuddled against their will.

Their heads are middle-sized, and their faces are triangular. They have protruding cheekbones and short, but strong necks. Van cats are commonly recognized by their eyes. They may have blue or hazel eyes, but exceptionally some have different colored eyes; one blue, one hazel. They have round and significant pupils, big and wide ears and pink noses, paws and inside ears.

Their bodies are muscular and long, with shorter front paws with respect to their back paws. Their hair is long, and tails look like a fox’s. Van cats need to be brushed daily to keep well-groomed and healthy hair. Their hair shed during summer and takes its regular shape by winter.

Yuzuncu Yil University of Van province of Turkey has a Van Cat Research Center. They not only make several researches every year to discover more facts about the breed, but also try to maintain the originality of the breed. You can visit the center with an appointment to feed, pet and brush the cats. There are 350 cats in the center together with a swimming pool for them to enjoy water more.