Uchisar Castle Meets the Expectations of 2018 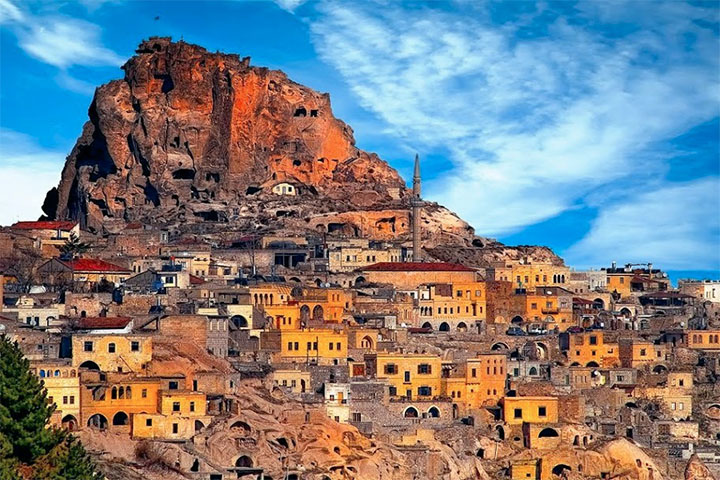 Uchisar Castle is one of the fairy chimneys, located in Cappadocia area. It is the world’s highest fairy chimney and it received 109.600 local and foreign tourists in the first half of the year.

The mayor of Uchisar, a district of Nevsehir, Ali Karaaslan stated that the Castle received 109.600 tourists in the first half of the year. This represents that there has been a 40% increase compared to the same term of the previous year. He also commented that 2018 is meeting the tourism expectations and being a productive year. He told that ‘Uchisar Castle is the highest point of the area, which attracts the attention of tourists. Moreover, Uchisar Castle is the largest fairy chimney. In the first half of the year, 109.600 people visited the Castle, 67.700 of which with a full fare, 40.800 of which with a student fare and 1.400 of which for free. We can conclude that 2018 is a pretty productive year in terms of tourism for us’.

Uchisar district of Nevsehir, Turkey is a popular location of recent years. Because it has houses carved into rocks, small hotels and cute restaurants. It is 5 kilometers from the center of Nevsehir, located on a height from where Cappadocia can be viewed panoramically.