Ski track to open in steppe in Turkey’s Konya 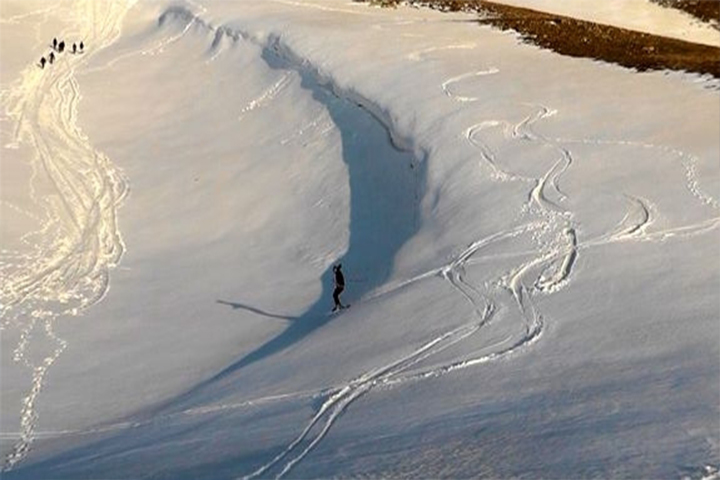 A new ski center, which is currently under construction on the Aladağ Mountain in the central Anatolian province of Konya’s Derbent district, is set to open as the longest in Turkey with a 30-kilometer ski track.

Works have been continuing for the establishment of the center on Aladağ, which is located on an altitude of 2,385 meters 50 kilometers away from the city center and four kilometers away from Derbent.
During winter months, the mountain usually experiences snowfalls that reach two meters in height.
The facility has not yet opened, but ski lovers are currently enjoying skiing at the center of the steppe, where the facility will be located.
Hamdi Acar, the mayor of Derbent, said the facility would be built on a 2-million-square-meter field, and at first, two ski tracks would be established on 2,350 and 1,900 meters of altitude.
“The feasibility works have been completed. Technical works will be finished within a few months. Then it will go out to tender,” Acar said. 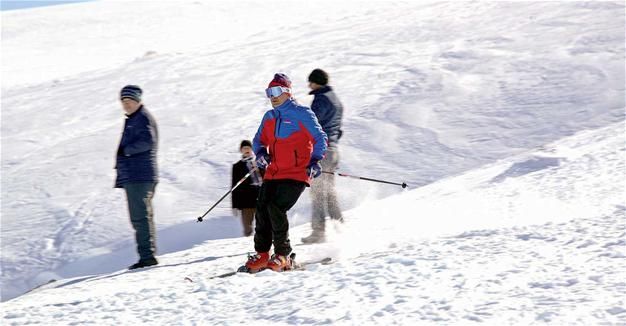 “There will be 15 tracks spanning an area of 30 kilometers. Their length will be in various sizes between 1,500 and 2,000 meters. The center has features that will make it one of the top five ski centers in Turkey.
The snow has crystal structure here; this is very important. It is also advantageous in terms of its slopes and proximity to Konya’s city center. The mountain is covered completely with grass and tragacanth, so it maintains the snow and makes skiing easy. The center will have a capacity of at least 15,000 people in its social facilities. We will extend the field stage-by-stage and people will be able to ski in every category. The first stage is set to open on Dec. 17,” he added.
Beginners at the ski center will be using a track called “blue region.” “There will also be a lift between the district center and the top of the mountain, and a track called the ‘red tracks’ will be used mainly by professionals,” he said.
The center is also expected to host football clubs for camping purposes.
“This will also be a center for nature trekking. Symposiums and seminars will also be held here as well as paragliding, off-road sports, mountain coaster and bicycle activities. It will be a center for attraction for the locals of Konya. People will boost morale here and have the opportunity to be exposed to fresh air. This center will contribute greatly to social health. Foreigners who come to the city for reunion ceremonies every year, will also have chance to ski here,” he said.