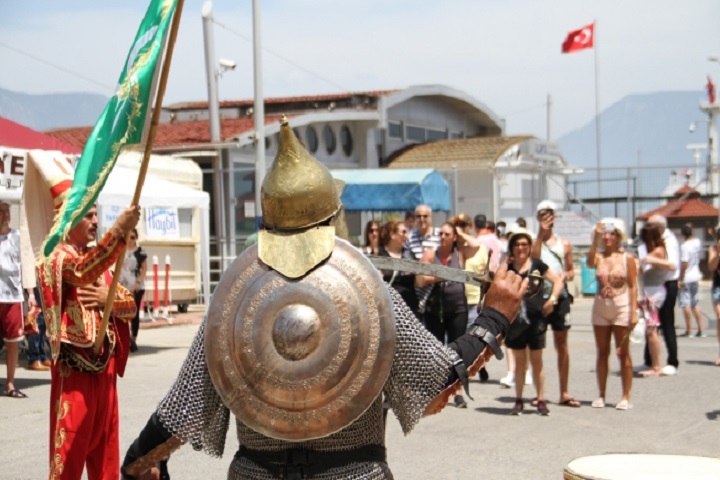 The 'Orient Queen', with 145 crew members and 151 passengers from Lebanon, had its first cruise of the year stop in Alanya.

This year, the first cruise to Alanya, the Lebanese flagged cruise ship named ‘’Orient Queen’’, consists of 145 crew members, which most are Lebanese citizens with 151 passengers anchored at the port. Lebanese passengers descending from the ship were greeted with an ottoman military band organised by Alanya. Some tourists from the ship went shopping in the city centre, while some of the guests got on tour buses to visit historical places in Alanya.

We plan to continue these trips

The agency's Lebanese chief Bassam Hade said that they had opened the season. He had quoted; "We have opened the season, normally our ship comes only every Monday, then goes to the Greek islands. We made it special this year. Just 4 days before the season starts in Alanya. We thought that we could accomplish the Beirut-Alanya trips and we did it. This is the first among many ships, you know, Ramadan is not over yet, but yet 150 people came, this is a good thing. I hope we will continue these trips. The season starts on June 10th and the ship will come 20-24 times in the season, I have high hopes’’.