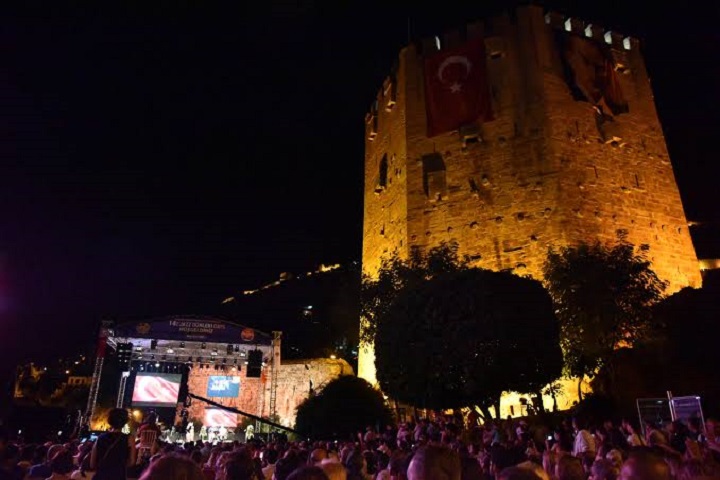 The annual jazz festival was held in the harbour next to the red tower. Like every year the event has gathered many people together to listen to some good old fashion jazz music.

The festival lasted 4 days, all of which were held during the night. During the concert, there were local and foreign musicians from Azerbaijan. Including this year, they celebrated the 16’th year of this event. People who joined the event walked towards the red tower and got their snacks as they were going. Because of the concert, many stands were opened. At these stands, you could get fruit juices, cooked or grilled corn and simits (a traditional Turkish pretzel with sesame on top). Once people were there, the municipality provided chairs and tables for its guests to enjoy the Show. The people who were late to the Show had places to sit on the tribunes. During the entire concerts, you could see a spectacular view of the sea and boats close to the shore with many colourful lights behind the stage.