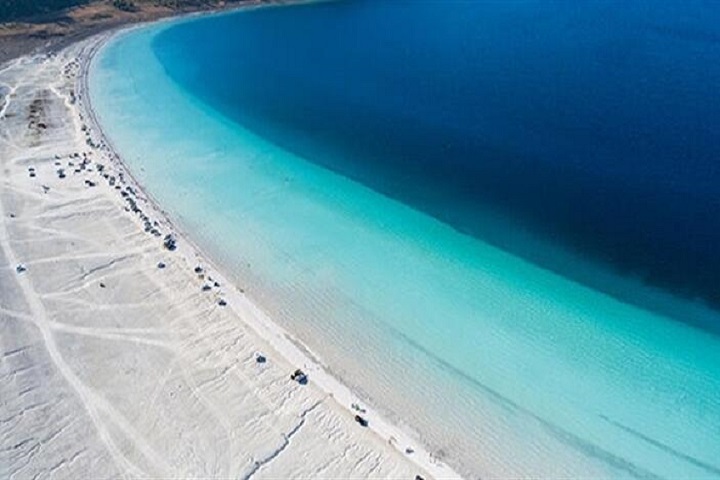 Apparently, if you are curious about what Mars may look like, then you need to go no further than our very own Lake Salda!

Lake Salda is a freshwater lake in the Southwest of Turkey and has been named an outstanding beauty. Its nickname is the Maldives of Turkey which gives some indication of how stunning it is. The white sands and turquoise waters which turn to a deep navy blue have drawn visitors for centuries. Tourists, who have visited, have been allowed to camp, walk or swim in this natural area especially around the Beyaz Adalar section which is famed for the unusual formations. Beyaz Adalar has been likened to Mars because of its rough white protrusions that used to be covered in water. The whole place has a slightly ‘other’ feel to it, strange and eerie!

Nasa became interested in this place and sent fieldworkers here to study the geology and mineralogy. Comparisons have always been made between Earth and Mars because they are very alike...sisters and brothers or twins. But when NASA announced that there was a connection between the places; Lake Salda and Jezero Crater on Mars; it was the start of a conflict. Until very recently tourists were allowed free rein at Lake Salda and specifically Beyaz Adalar. But in a controversial decision, the Government decided to redevelop Lake Salda in a way that promotes tourism but protects the environment. A good and positive move lots of people would say. 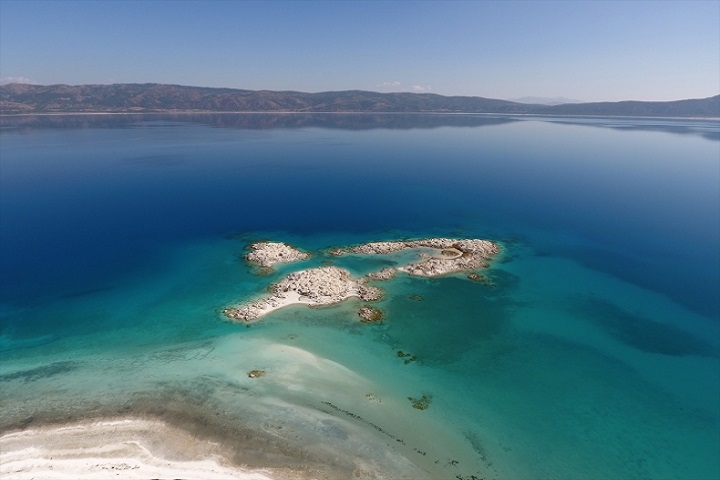 In 2019 the lake was designated a specially protected site and plans were made to control the number of tourists and help protect the lake.  Many small businesses were shut down and were replaced with souvenir booths selling snacks and knick-knacks. In the past cars were able to access the shoreline of the lake but now a raised wooden walkway guides visitors along the shoreline and at as a boundary. A car parking area has been built two kilometres away with an electric trolley system to take people up to the beach. New buildings that contain restaurants and other facilities have also been built.

There has been a lot of criticism levelled at the government for this initiative but no one can argue with the fact that the whole area of Beyaz Adalar is now clear of human litter. Some critics say that the measures taken to protect this area don’t go far enough!  They feel that Lake Salda should be treated with all the meticulousness and delicacy of a museum. Visitation should be limited and there should be more educational focus and activities. On the other hand, some scientists believe this to be an outmoded belief; that we shouldn’t ban people from somewhere so beautiful just because it is scientifically interesting.