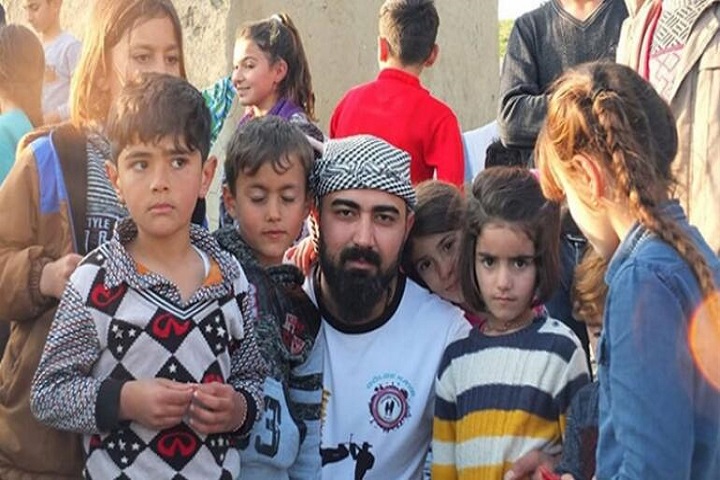 The musician, Huseyin Polat, began his adventure 5 years ago in Antalya. He has been working voluntarily in building and repairing schools in villages. With the money he makes, he buys books, notepads, pens, bags for the children in need in the village and handiwork for the school.

Huseyin had to start working at an early age due to his father's health condition. Because of this, he couldn't go to school and study at the same time, so he had to quit school at a very young age to bring money to his family. Now he is 27 years old, and he has been working every since. So he decided he wanted to travel all around Turkey and take a break from all the work stress he had built up throughout the years.

Five years have passed, and Huseyin has travelled all 81 provinces. All he had with him was his backpack which had his tent, some clothes and his guitar. If he couldn't find work and visiting the big cities in Turkey, he would earn money by playing music in the street. Sometimes this wasn't working out for him, and some days he was struggling to both live with that money and also helped the children in need, that is why he shared a post and created a campain to raise money for the children. His campaign turned out to be a great success and caught loads of attention in Turkey. Make people made donations to some schools and some of them donated their time by working to build and restore these schools. Thanks to him, and his work, many village schools, have libraries, canteens and warm clothes to wear. He's even been to the borders of Syria where schools have been neglected. Besides raising money and working to make the school better, gave concerts to cheer and bring a smile to the children. 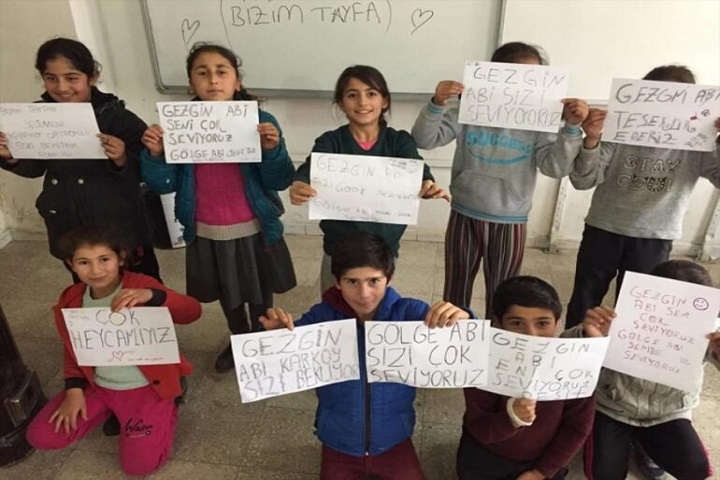 He stated that he never thought that he would make such a significant impact in Turkey. Without the help of the people, he would have never have got so far. Wherever he went, people have helped Huseyin and open their doors by taking him in their homes and giving them food. Lastly, he also added that he has made a new campaign to help the needy children in Kars. He is planning to take 180 volunteers in the northern express, which he calls the hope express.
If you would like to help the children, you can find him on social media and contact him for further information.