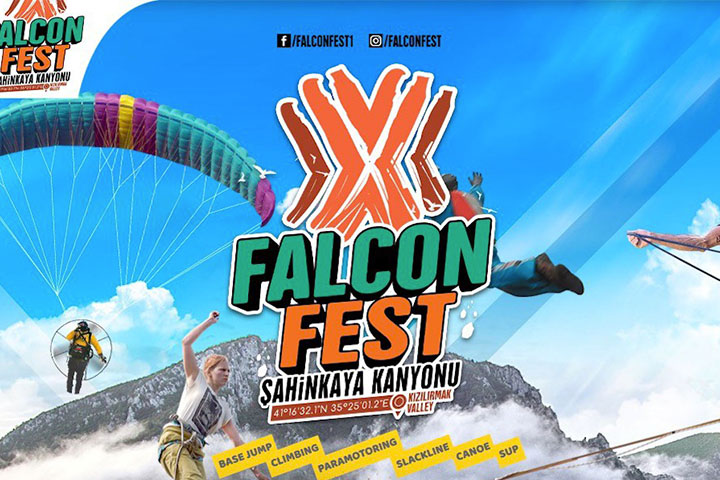 Falcon Fest is the first extreme sports festival of Turkey. The second Falcon Festr started on 4 August 2018 in Samsun. The festival will include various kinds of extreme sports and will be held in Sahinkaya Canyon in Vezirkopru district of Samsun. It is organized by the Metropolitan Municipality of Samsun and SAMTAB.

The festival started on 4 August and will continue until 9 August. The first day passed with extreme activities such as canoeing, dragon boat, paragliding, slackline, rock climbing, trekking and mountain biking, while paramotor and base jump shows couldn’t be done due to the windy weather. 350 sportsmen from 9 different countries are expected to participate in the festival until 9 August.

Governor Kaymak commented on the Falcon Fest by stating that ‘in this festival, there will be extreme and high adrenaline generating sports done in Sahinkaya Canyon. The nature of the area is suitable for these kinds of sports. Our hope is Vezirkopru and Samsun being popular for these activities worldwide. The participation of many Turkish and foreign sportsmen makes us happy.’

The Mayor Sahin also commented ‘we are trying to make a name for Samsun worldwide due to such festivals’.