Erdogan Takes Oath for The Presidency of the New System 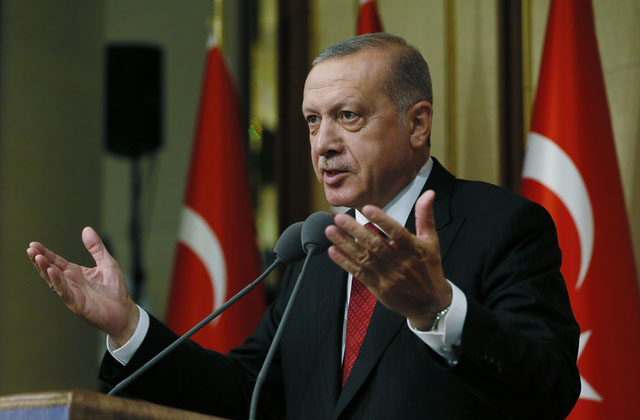 Recep Tayyip Erdogan, the former President of the Republic of Turkey, was reelected a President of the new Turkey on June 24 with 52.59 percent of the vote. On July 9, a splendid ceremony was held. In the ceremony, there were many events including Erdogan’s oath for Presidency and speech afterwards.
Many leaders from various countries, Turkish celebrities, numerous business people, former ministers and prime minister were present at the ceremony. Erdogan spoke at the system of government transition ceremony and started by thanking all the guests for supporting him.
At his speech, Erdogan stated that he came to power to serve all the 81 million people in Turkey. He stated that “as Turkey, as Turkish people, we are making a new start here, today. With Presidency System of Government, we are reaching to a new executive model beyond the periods where our search for democracy continued. We leave the system that made our country pay the price due to political, social and economic chaos.”
With the ceremony, events and Erdogan’s oath and speech, the new executive system of government started.