Chief Public Prosecutor Gets Rewarded For His Hard Work 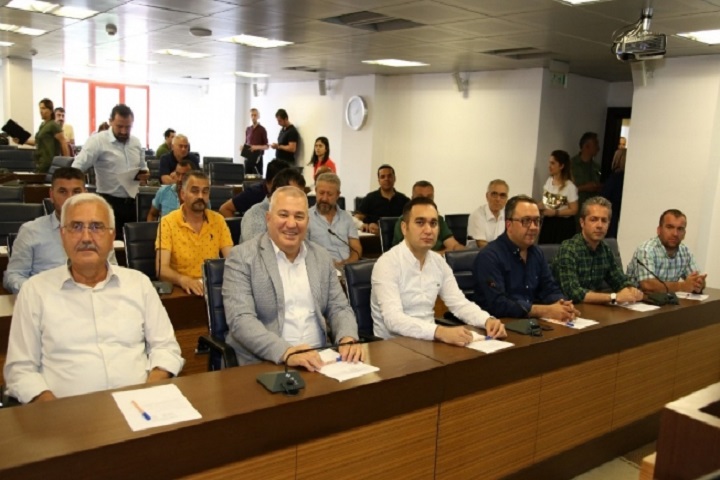 At todays monthly meeting of ALTSO, Yasin Emre, Alanya Chief Public Prosecutor, was guest of honour. At the end of the meeting, the Head Chairman of ALTSO presented a plaque for Mr Emre's great efforts in making Alanya a safe and peaceful city.

The story of ALTSO (Alanya Chamber of Commerce and Industry)

Although Alanya has always had the potential in economic and commercial growth, it was quite late in establishing The Chamber of Commerce and Industry. The district, which was previously an agricultural-weighted economic structure, entered into a rapid growth especially after the 1980's developing tourism; the establishment of the Chamber of Commerce and Industry, which had not been recognised previously, started to come to the fore. In order to increase the number of Companies our town needed to mobilise businessmen, their policies and initiate them.

Who is Yasin Emre?

He was born in Kayseri, Yöreğil and was raised in Yozgat. After he finished his education, he became a Board Inspector for 2 years. Shortly after that his career changed, in August 2017, Yasin Emre, once known as the Chief Prosecutor of the Republic of Elbistan, got many thanks for the operations he had carried out since his first days working as the new Chief Prosecutor in Alanya. Many thanks were expressed with a plaque to Mr Emre for his vigorous efforts to stop organized crime and drug dealers in Alanya.