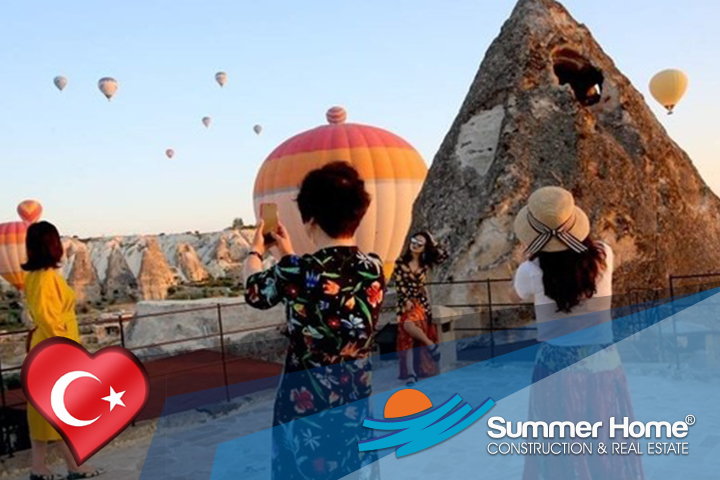 It lies in the center of turkey in the Nevsehir province to be exact, and one of the most popular attractions of it are the "fairy chimneys." They are the volcanic cones that used as houses by the monks of the Christian faith, as for the age of those cones and formed over two million years ago. Now it's known as one of the seven wonders of the world.

That's not all this city has to offer as there is an entire underground city for the tourists to discover. You can't even get there without a guide since there are so many tunnels that you could get lost in it very easily, not to mention the famous hot air balloons, and the churches and the chapels, and a lot more of other activities.

In 2019, the famous city of Cappadocia broke records of high standards in tourism. With an average of 3.8 million visitors from all around the world, as its not that much of a surprise for the wonders this place holds for the tourists.

Cappadocia is one of the most famous touristic destinations in turkey and just recently, in around the world as grown more popular because of the widespread on social media in the last year, and the scenery that was provided for the viewers, in general, made a lot of newcomers determined to make a trip to the place.

From history to the incredible nature, this city holds many key features to attract people into for not just once, even sometimes more than one time. As you make one trip, you want to come again to try different things form the first time because most likely, you won't have enough time to do everything here from the first trip.

In 2019, this city broke a record high of 30% increase in tourism from the year before and over 157% from 2016. these numbers show that how much this city became worldly known in the past year, as august topped the season by hosting over 566,000 tourists alone, while the Goreme open-air museum hosted over 1.4 million visitors.

The chairman of the Association of Turkish Travel Agencies Talib Aldemir stated that they are very hopeful for breaking another record for this year 2020 since Cappadocia became known on such an international level.