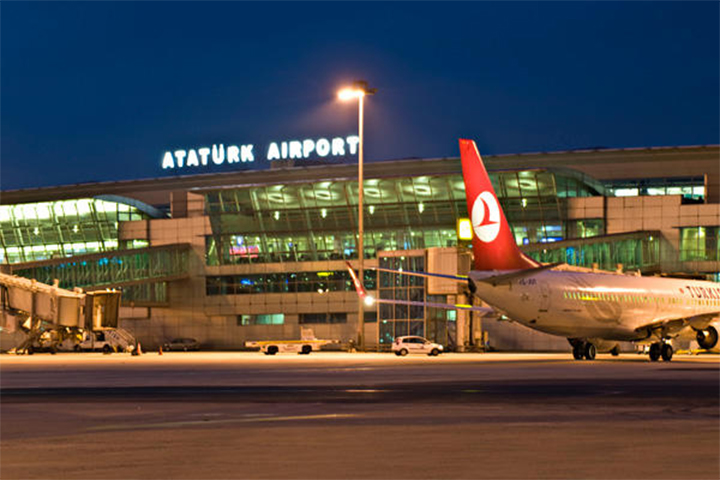 Istanbul Atatürk Airport improved its service quality the most in Europe over the past year, its operator said March 1, while noting that another of its airports, Skopje Airport, had been selected the best in Europe in its category.

The ASQ program selected the TAV-run Istanbul Atatürk Airport as “the most improved airport” in Europe.

Skopje Airport in Macedonia was also awarded by ASQ as “the best airport in Europe” in the category of airports welcoming less than 2 million passengers.

The survey was organized by Airports Council International (ACI World), the global platform of airport operators.

An award ceremony will be held in April during the ACI Asia-Pacific Regional Conference in Australia.

“Last year Istanbul Atatürk Airport was the third busiest airport in Europe after London and Paris with 61.3 million passengers. We are continuously investing and innovating to offer the best travel experience to our passengers. In 2015, we completed a major renovation project at Istanbul Atatürk to improve the passenger flow … The ongoing extension project at the international terminal will be completed in the first half of this year, adding another 20 million passengers to the airport’s annual capacity. The ASQ program by ACI Europe has always been a fundamental tool in providing us with crucial feedback on how to improve our services. I would like to emphasize that we are honored to receive this award given solely upon the feedback of the passengers,” said Kemal Ünlü, TAV Istanbul’s general manager.

ASQ program is applied at more than 80 airports that welcome more than 3.5 billion passengers every year in more than 80 countries. The ASQ Survey covers 34 key service areas and includes eight major categories such as access, check-in, security, airport facilities, food and beverage, retail and more.