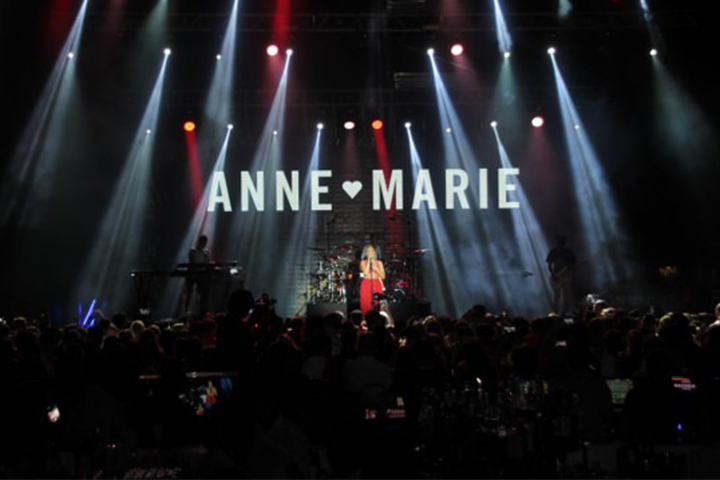 Anne Marie is known for her song ‘Rockabye’ which she hit the big time in 2016. She was at the top of several charts with the song. The concert was at Regnum Carya Golf & SPA Resort Hotel in Belek, Serik. Anne Marie started the concert by saying ‘Hello Turkey, Hello Antalya’ in Turkish.

Approximately 2000 people, including people staying in the Hotel, joined the concert and Anne Marie shook hands with her fans near the stage. She sang for 1 hour with the audience and gave autographs and photos to her fans afterwards. Anne Marie checked in the Hotel 2 days before the concert and asked for a Turkish rug to the villa she will be staying in. she was served by a team of 10 people including a butler, a chef and several servers and maids. Anne Marie, who arrived the Hotel with helicopter, made a short tour of Antalya with the helicopter, too.