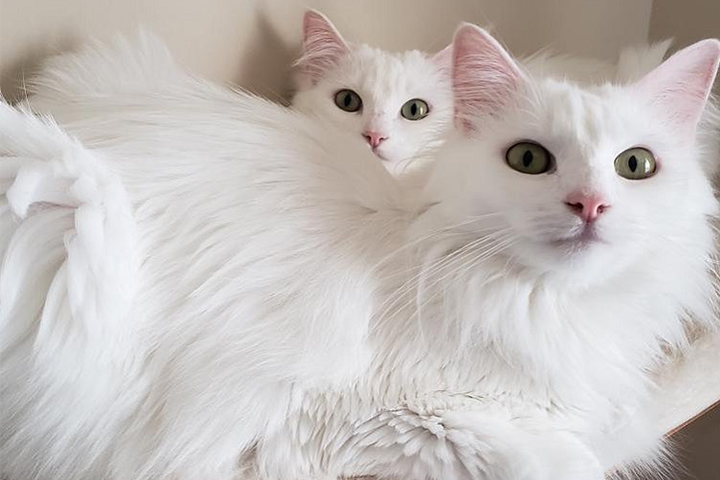 Turkish Angora cat is one of the most popular and common breeds of cats not only in Turkey, but also in Europe and America. They have beautiful, white, soft hair which is the most attractive feature of these cats. In Europe, this breed is known as Angora Cat. The name comes from the origin of the breed: Ankara. Angora is an old name for the capital of Turkey. They are originated in the region at the center of Anatolia, accepted as the ancestors of long haired breeds.

How do they look? 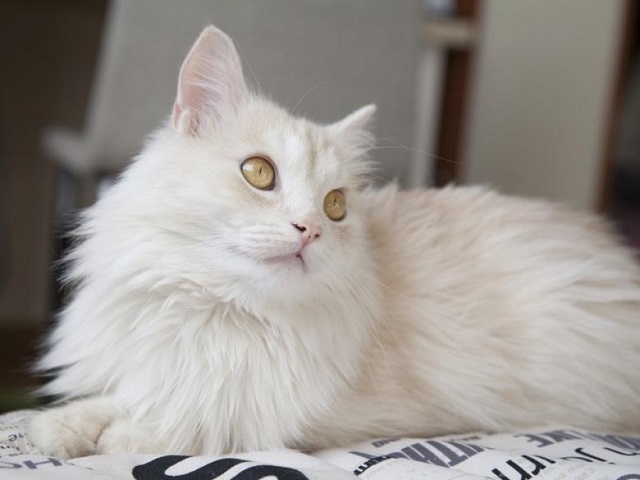 As we said above, their attractiveness come from their long, shiny and soft hair. While the Angora cat moves, its hair moves with its motion. They have different amounts of hair in different parts of their body, in different lengths. The longest hair is located in their neck. Generally, they are white. Their legs are long, but they have shorter fromt legs. Their bodies are muscular and, paws are small and round. They may have blue, yellow or green eyes.

This is a smart, energetic and social breed. They connect with their humans deeply. The house they are living in is their property and instead of considering themselves part of the family, they consider themselves part of the house. They love playing with their humans, but they are stubborn. They are more energetic and playful than Van cats and, they hate water which Van cats adore.

How to take care of an Ankara cat?

Angora cats’ figure and bodies are strong, therefore they do not get sick easily. They may be deaf for various reasons. Angora Cats with different colors in their eyes are most likely to be deaf in one or both ears. Also, deafness can be a hereditary disability for them. Ears of the Angora cat must be cleaned and checked weekly. Their average weight is between 2-4 kilograms and they optimally live between 12-18 years. Their hair is naturally beautiful and low-maintenance. Brushing a few times a week is sufficient for them. They shed hair less than other breeds. Their mouths and teeth must be regularly checked, and their nails must be cut at least once in two weeks.

There are some exotic facts about Angora Cats:

1. Around 17th century, European sailors adored Angora cats and brought them to Europe. Their beauty attracted attention quickly and, they were famous by the middle of 18th century. Many famous painters included them in their paintings. They were even present in French Palaces. Later, they lost their popularity for a short period. After they were introduced to America in 1950s, they were popular again.

2. Although the origin of Angora cat breed is the center of Anatolia, Italy was the country in which they were highly popular. People even established many association for them. One of the most important one of them is Club Angora Turco Pietro Della Valle. It is still working.

3. Their most significant features are curiosity and intelligence. They are the most curious cat breed known and they learn very fast and easily due to the deep connection they form with their humans.

4. Liver and skin diseases are very important dangers for an Angora Cat. They must be regularly checked for those.

5. In a pregnancy, Angora Cat mother gives birth to four kittens. The mother does not leave her kittens for a long time and can recognize them event when they are fully-grown cats.