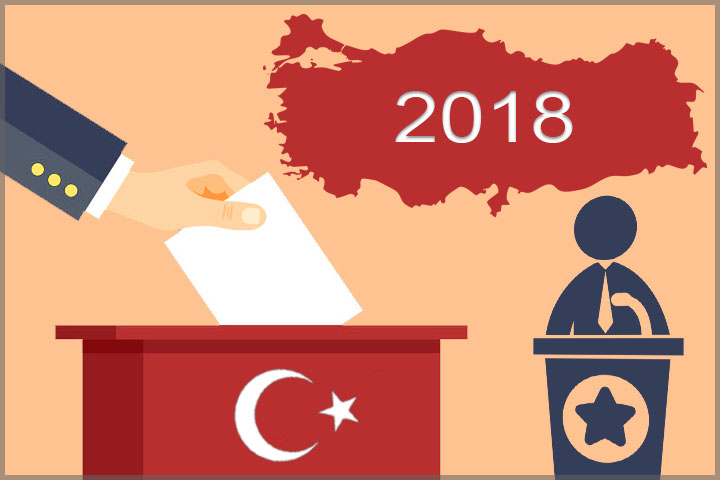 On 24 June, Turkey will experience a first in the history of the country, the first presidential election. The election will include both the president and members of the parliament. These elections have been discussed thoroughly by all segments of the society in different ways because of the wide authority and power the elected president will be holding. During the pre-election period, political parties carried out their election campaigns and presidential candidates introduced themselves to the public in various meetings, TV programs and events.

As well-known, Turkey has been governed by AKP for the last 16 years. Similarly, AKP and their former political party leader, current president, Recep Tayyip Erdogan are considered as the strongest players of the elections. They formed an alliance with the nationalist wing party MHP and named it Public Alliance (Cumhur Ittifaki). Another alliance, named Nation Alliance, has been formed among CHP, Iyi Party and Saadet Party against polarization of the society, dependence of judicial system and media and destruction of parliamentary system through this new election procedure. Member of this alliance support each other but they all have different candidates for presidency. The republican party of Turkey, CHP, presented Muhammer Ince as their candidate and he is one of the strongest opponents of current president Erdogan. Another strong opponent is Meral Aksener, candidate of Iyi Party, which is formed by former members of MHP, who were uncomfortable with MHP’s decision of joining an alliance with AKP. Saadet Party presented Temel Karamollaoglu as their candidate, representing the radical religious wing of political scale. Another candidate, Selahattin Demirtas, who has been arrested and currently running his campaign from his prison cell, was presented by HDP, representing the Kurdish wing.

Politics in Turkey are always a matter of discussion due to the multicultural nature of the country. Election periods are always full of instability and lots of discussions among politicians and citizens. However, this election is extra important and significant because of being a first in history and because it will determine if citizens of Turkey want the new presidential system or the parliamentary system back.